A Word From The Rabbi

23 February 2020 Message from the President 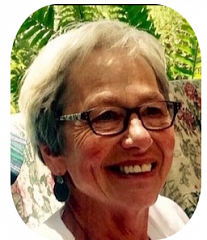 It is a pleasure to report that the ‘new’ Board of Management – now into its fourth month of operation – has been extraordinarily dedicated and hard-working. It has established new committees/teams and is overseeing an on-going drive to strengthen procedures, all designed to make operations more transparent, consistent and effective.

The new Property Development Committee (initially called the Location Committee when its first task was to consider a possible re-location of Temple David) is chaired by Trevor Creewel. The Committee has been investigating in detail, and with the help of qualified experts, various ways we might use our property to generate long-term income streams, and what is required to make them fit the needs of potential clients. The Committee’s other members are Les Wilson, Dana Reynolds and David Motta.

Regarding the Caretaker; one of Geoff’s task was to open and lock up the premises, including when the Function Centre is rented to non-Temple members. He continued to do that in exchange for free-rental of the Cottage. Now that he is paying rent, he is task-free. With the caretaker’s role being made redundant, a Building and Grounds Committee has been formed with Steve Richards at the helm.

The Building & Grounds Committee has stepped in to find ways to keep the site securely locked in the face of varying uses and users. The Committee is also responsible for hiring cleaners and maintenance. At this stage, the group has only three members, and while they will be pressing us in for busy bees, if you, or anyone you know, would like to join the Committee, you will be more than welcome. It’s a good group.

The Catering Team has been in existence for a while now, but they are taking on, of their own volition, more and more events that need to be catered. It is  moving beyond special Kiddushim and Noshers lunches to the quiz nights and now, under Rabbi Adi’s leadership, the Second Night Communal Seder.

Members of the congregation are constantly inventing jobs for themselves to enhance our community. That is nothing new, and includes Israeli dancing, Shmooz, Mahjong and more. Carl Antonovsky’s new Yiddish group is attracting wide interest – fanned a little by the book the Book Group read last month Outwitting History: The Amazing Adventures of a Man Who Rescued a Million Yiddish Books. An intriguing bit of trivia: a Yiddish edition of Harry Potter and the Philosopher’s Stone has just been published. It sold out within 48 hours!

I hope you are all aware of another initiative: Brain Food. This new series of stimulating, general-interest talks, followed by lunch, is the brainchild of Rabbi Adi and is being ably coordinated by Michael Wise. It promises to be a wonderful addition to the range of Temple activities that are both informative, giving us new insight, and pleasurable. A perfect combination.

Having mentioned Rabbi Adi, I am pleased to report that a special Rabbinic Fund has been established, as many of you have requested. All donations deposited will only be used for a rabbinic salary. I won’t say anything more about it at the moment, except that appears to be on track to achieving its initial target thanks to the extremely generous contributions of a few members. You are welcome to call me about it.